So, by now you’ve probably all seen the widely excoriated article in which an old Flatbush rabbi states that girls expire at age 20.

“If we didn’t tell these boys that girls expire at 20, they wouldn’t be so reluctant to date 21-year-olds,” someone complained to me. “You think these guys know what a size 4 dress means? Or a size 6? They don’t. They just absorb what they’re told by people like this.”

Then she told me this great story about “older” girls.

This guy was redt a shidduch to a great girl. He was warned that she was an “older” single, already 22, but really wonderful in every way and he should at least give it a try.

With great trepidation, he drives up to her house. He’s really nervous, because, well, she’s old, and he doesn’t want to be shallow but…

He rings the doorbell and she opens the door, and his heart sinks. She’s just… so old looking. Not that maturity doesn’t have its benefits but…

Bravely, he wishes her a good evening.

“Oh, Chani will be right down,” the older woman said. And as she spoke, a young, beautiful woman floated down the stairs in a haze of chiffon.

He was smitten at first sight. Two months later, he proposed to her. Three children later, they still laugh about the time he thought he was going to take her mother out for coke at the Marriott. 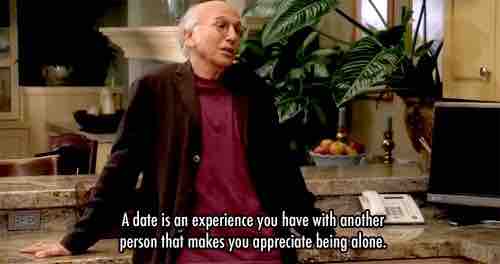 Why do aidel maidels need to be so tznius? The mashal is often given to a precious diamond, which is kept hidden away in a safe, not exposed where anyone can see or steal it.

In the opening anecdote of Avital Chizhik-Goldschmidt’s latest article, a NYC taxi driver explains the problem with this comparison:

We usually don’t take a car,” the yeshiva boy says to the driver, an older Irish man with a hearty laugh and a dapper straw hat. “But the lady was inappropriately attired (he winks at his date), in her heels I mean, so we had to — “

The yeshiva boy’s date cuts him off and leans forward to the driver, deciding to turn her frustrations into a joke: “Sir, he doesn’t really care about the heels. It’s my actual choice of attire that he finds inappropriate. My skirts are too short, it makes him nervous, he won’t even call me by my name, you know how religious boys are…”

The driver turns the corner. “That’s the problem with religion, it’s sexist,” he says, looking at her in his mirror. “I know because my parents were religious Catholics. It’s all a bunch of sexist garbage.”

The boy and girl laugh nervously over the profanity, and the girl says slowly, “Well, I don’t think religion itself is sexist, it’s just that chauvinists still exist…” She casts the boy a look.

The boy turns back to the driver: “But don’t you agree, sir, that if you have the most precious diamond in the world, you keep it wrapped up? You don’t take it to the streets to show the entire world?”

The girl gasps silently — she is taken backwards in time, back to the apologetics they taught in 7th grade, again and again, bas melech, kol kvoda pnima, a princess’s honor is all inside, a divine jewel to be kept hidden…

But before she can respond, the driver presses the brakes. He turns around and faces the yeshiva boy, and says slowly, his voice shaking with rage: “Listen to me, boy. This is not an object you’re talking about. This is a living, breathing human being.”

What he is saying is: when you lock someone away like a diamond, you are treating them like property, not a person.

If men learn about women strictly from a photo proffered by a shadchan, then they will accept and reject women based on the simplest algorithm: appearances. Which objectifies women. So, by keeping women hidden from men, you objectify them. You do not protect them.

I can’t believe I blogged about shidduchim for seven years and never realized this.

But there you go: that is the root problem. The reason why shidduch dating is so offensive.

There’s another, similar, point to be made about sexualization. Arguably, there is nothing overtly (or possibly even covertly) sexual about a woman’s knees. However, if a gentleman glances at your knees, blushes, looks away, and refuses to look at you anymore, then your knees have just been sexualized. And you have just been turned into an object. A sexual object. Something that can’t be looked at without creating sexual thoughts, because everything about you — and especially your knobbly knees — are sexual.

In the opening story, the boy (and yes, he’s a boy not a man or even a guy) decided that Avital’s skirt was too short to be seen in public. He begins making decisions for her about how she ought to appear in public, on the theory that she’s not a person, she’s a diamond. Bam! Objectified! Sexualized!

So you see why Avital was a little upset.

By the way, I’m awed by her presence of mind and her guts in telling that smug bochur how it is. She’s my new rebbe. I’m a total fan. Go read her article.

Also, thank you NYC for having awesome taxicab drivers.

Indhuja Pillai was horrified when she found a “groom wanted” ad that her parents placed for her online. It made her sound like every other Indian girl, and also a little desperate (they may have projected).

So she made her own profile.

I would be remiss if, even in retirement, I didn’t post this wonderful article by the NewRepublic about the shidduch crisis. I mean, it’s not enough that we embarrass ourselves by panicking about all those unmarried women dying of old age, unhappiness, recreational time, and discretionary income. No: the internet must know about it too.

So have a wedding! The modern, liberated woman doesn’t need a groom for that.

HT to the doc.

Who doesn’t love ’em? Read these dating gaffes. You know you want to.

“You nevah know from where a shidduch can come!” That was the reasoning that was supposed to compel me to attend the weddings of strangers, and various other events, in the hope that a Woman in Black would take pity on me and set me up with my future husband.

Well, it’s true. You nevah know. Your Woman in Black might actually be a Man in Brown, like this UPS truck driver, who delivers more than just packages. (HT to the Overland Park fan.)

I still think these would be a good idea.  Oddly, I’ve never used ours.

I didn’t know all these were wrong. Luckily, the SMF set me straight, so I was able to get married after all.

Especially if he refuses to eat. Out of fear.

In my opinion, it’s undignified to bring in the dead when selling yourself. What do they have to do, anyway?

Once upon a time there were such a thing as a housing development just for women. Like Begijnhof in Amsterdam. Or several similar types of places in New York City, the names of which escape me at the moment.

Anyway, I have suggested several times that strong, independent female types get together and rent a building or a town and create an official spinster colony, where women can be women without worrying about men, and maybe even raise their own kids together in one big happy matriarchy.

Anyway, turns out the all-women colony still exists! Down in Brazil. Except they’re not spinsters and they made the news because they’re looking for men. Oh well.

If only people would actually say these things…  The world would be a better place.

To find out who he is.

I mean, her son shouldn’t have to drive from Lakewood to Brooklyn unless I know I like his mother, right?

Why is everyone so happy for me that my sister is engaged?

So don’t try. If someone gives a stupid reason for breaking up with you, it just wasn’t meant to be.

I haven’t participated in this feeding frenzy for a few years now – I aged out of the bein-hazmanim boys many years ago. Also, I aged out of learners. But it still happens!

Just show them what it’s really like, and they’ll back away slowly.

“I never dreamed that at this point in the game [with one son married and two more children ‘in the parsha’ for 2 and 3 years respectively] that I would still be so clueless about how the shidduch system works.”

Maybe it’s his one-track mind. Or maybe we shouldn’t be calling them “boys” when we’re trying to marry them?